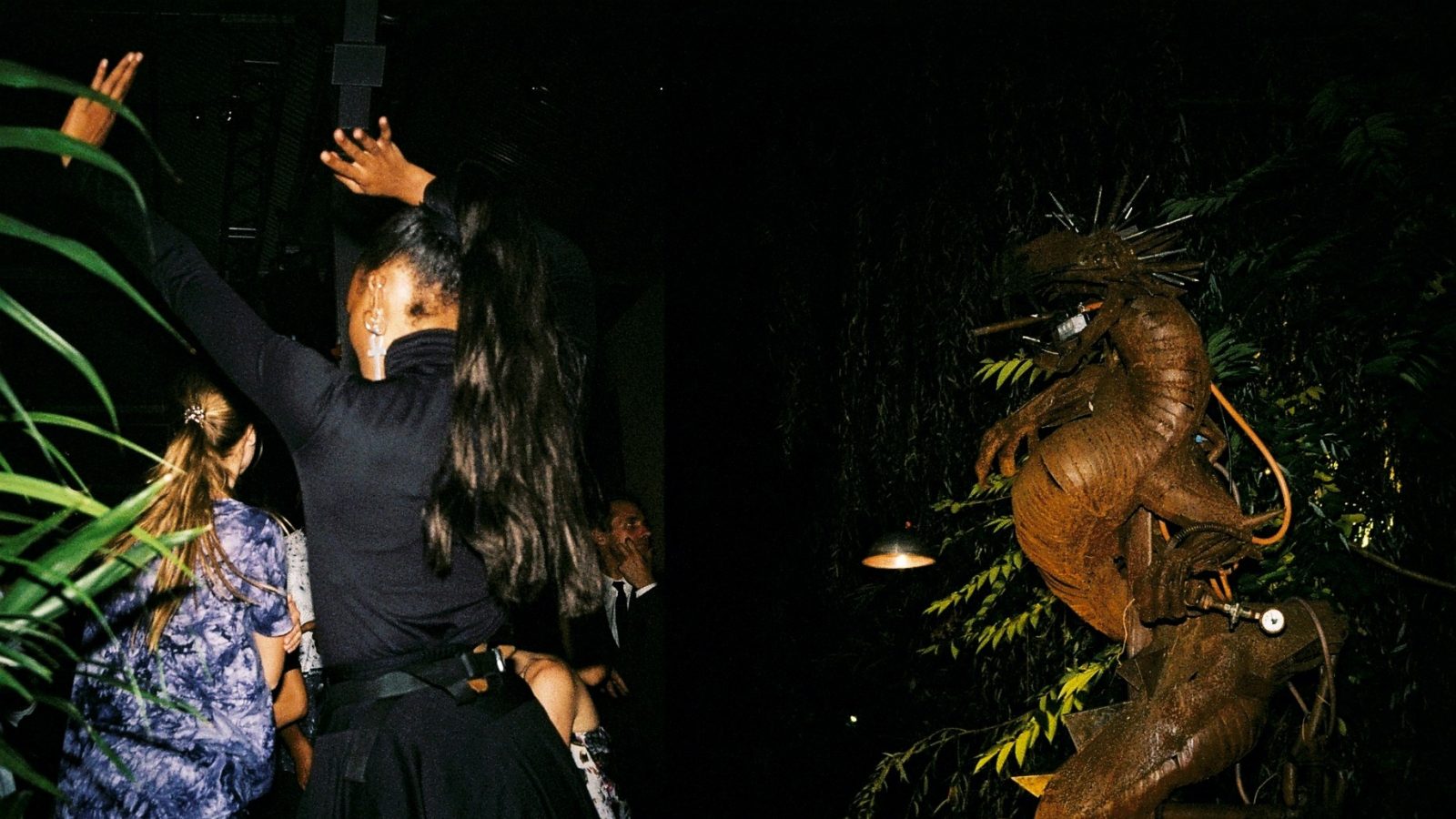 From afro to techno and a lot more in between… Because Africa is mother of beat and beat is tempo. May your hearts beat on our tempo and steps groove with our flow. On a acid trip around afro rhythms, travelling from Nigeria, Ethiopia Congo, cruising over electronic sounds, cosmic and psychedelic vibrations.—AAITF

In 2014, the DJ and producer Maryama Luccioni founded African Acid Is The Future (AAITF), of which Dauwd Al Hilali is a member. They started their own night in a post-punk bar in Berlin Neukölln called Herz. Since then, AAITF has gone a long way: they moved to a bigger venue and became a well-recognised music platform, they were invited to Montreux Jazz Festival, started their festival at Funkhaus (Berlin), created a Record Label and a Fanzine called Ambiance, and they were in charge of the curation of a series of concerts at Roter Salon in the Volksbühne in Berlin. They also curated other nights and events, among others, the British Pavilion launch party at the Venice Biennale, before embarking on a long music tour in India and Japan.
AAITF is so much more than a Berlin party: it started as one but quickly became a catalyst for a great variety of sounds, from afro to techno and more.

Aérea Negrot is a multi-purpose, long-lasting singer-producer-DJ-composer-performer in a bottle. Just as her name is not simple to pronounce, Aérea Negrot’s style is not easy to categorize. Of course, that’s not to say that her music is inaccessible or obtuse, but rather that she has crafted her own unique approach, combining technoid grooves, operatic vocals and abstracted pop. As a studio producer, vocalist, trained ballet dancer and DJ, she owns not just the stage but also the means of production. Aérea Negrot allows her various disciplines to overlap into something delightfully demented, bursting with personality, nimbly leaning toward the future while still keeping one pinky-toe in the traditions of classicism.
Actively performing since 1999, Aérea released her full-length debut artist album, Arabxilla, on BPitch Control in 2011. Since Arabxilla, she has been jumping from net to net remixing for artists like Mamacita (Klack Records), Shaun J. Wright, Stereogamous, Alinka (Tribal & Twirl), Zhala (Konichiwa Records), among others. Aérea Negrot has also had a number of noteworthy collaborations, including a years-long stint with Hercules & Love Affair, Antony & the Johnsons, Tobias. She has also hit the studio with the likes of Matias Aguayo, Miguel Toro, Billie Ray Martin, System of Survival, Massimiliano Paggliara for duets and Collaborations
In her own words, all she has to say about her music is that it is not from the heart, not from the brain—“It’s from the liver.”

* free entry for everyone who bought a ticket of another performance of the day.

with the support of Goethe-Institut