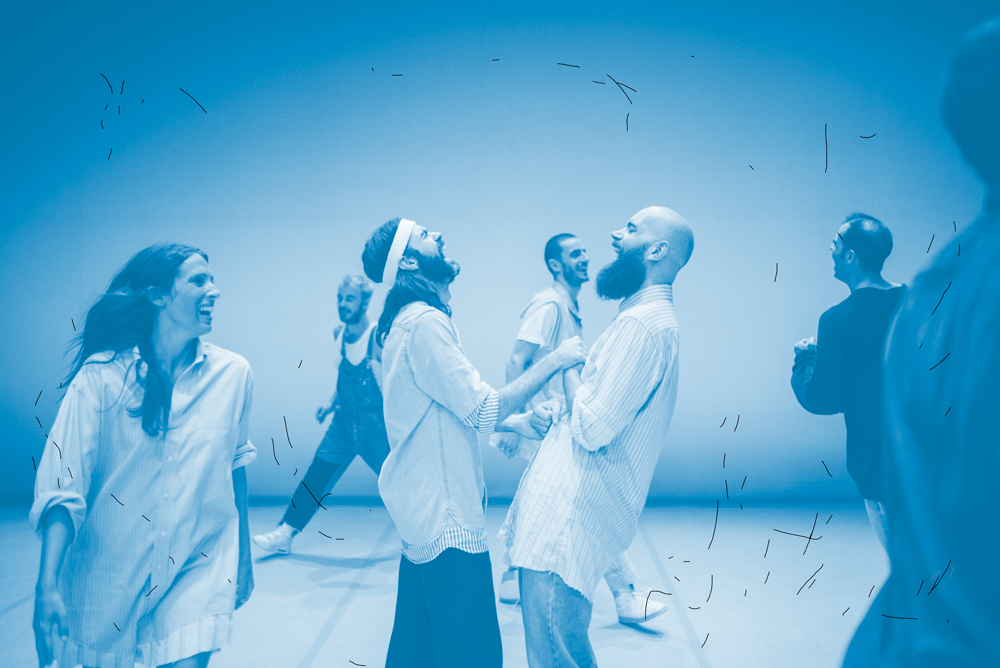 On sale also at Teatro Argentina

Augusto is a show about the need to feel loved, unconditionally, and about pain. The physical and vocal practice through which the interpreters are allowed to express themselves is exclusively made of laughter to the bitter end. In this way, the performers of the piece laugh to represent joy, euphoria, emotion, as well as suffering, anger and fear.
The title of the show is a tribute to the figure of the Auguste: the clown, the fool, the idiot who always makes trouble and pisses himself, always drunk, with a red nose, and who laughs at everything. But “august” also means imperial, royal, distinguished, and is the name of the first Roman emperor.
Here they are then, the interpreters of Augusto, while laughing continuously, without giving to the audience and to themselves the opportunity to understand the reason. Here they are, as they walk, run, they reach and embrace each other laughing. Here they are again, while they play and laugh like teenagers. While they are obliged by a mysterious force to organize their laughter rhythmically and loudly.
One also laughs at violence in Augusto. Like the circus: when the clown stumbles, makes disasters and as a punishment receives a fake slap from his colleague. One laughs as the children laugh in Augusto, until they realize that they are seriously hurt.

Alessandro Sciarroni is an Italian artist active in the field of Performing Arts with several years of experience in visual arts and theater research. His work goes beyond the traditional definitions of gender and they are featured in festivals, museums and unconventional spaces, in whole Europe, South and North America, Middle East and Asia. In his creations he involves professionals from different disciplines and uses some techniques and experiences from dance, as well as circus or sports. His work tries to uncover obsessions, fears and fragilities of the act of performing, through the repetition of a practice to the limits of the physical endurance of the interpreters, looking at a different dimension of time, and to an empathic relationship between the audience and the performers. In 2019 he was awarded the Golden Lion for Lifetime Achievement in Dance by the Venice Biennial