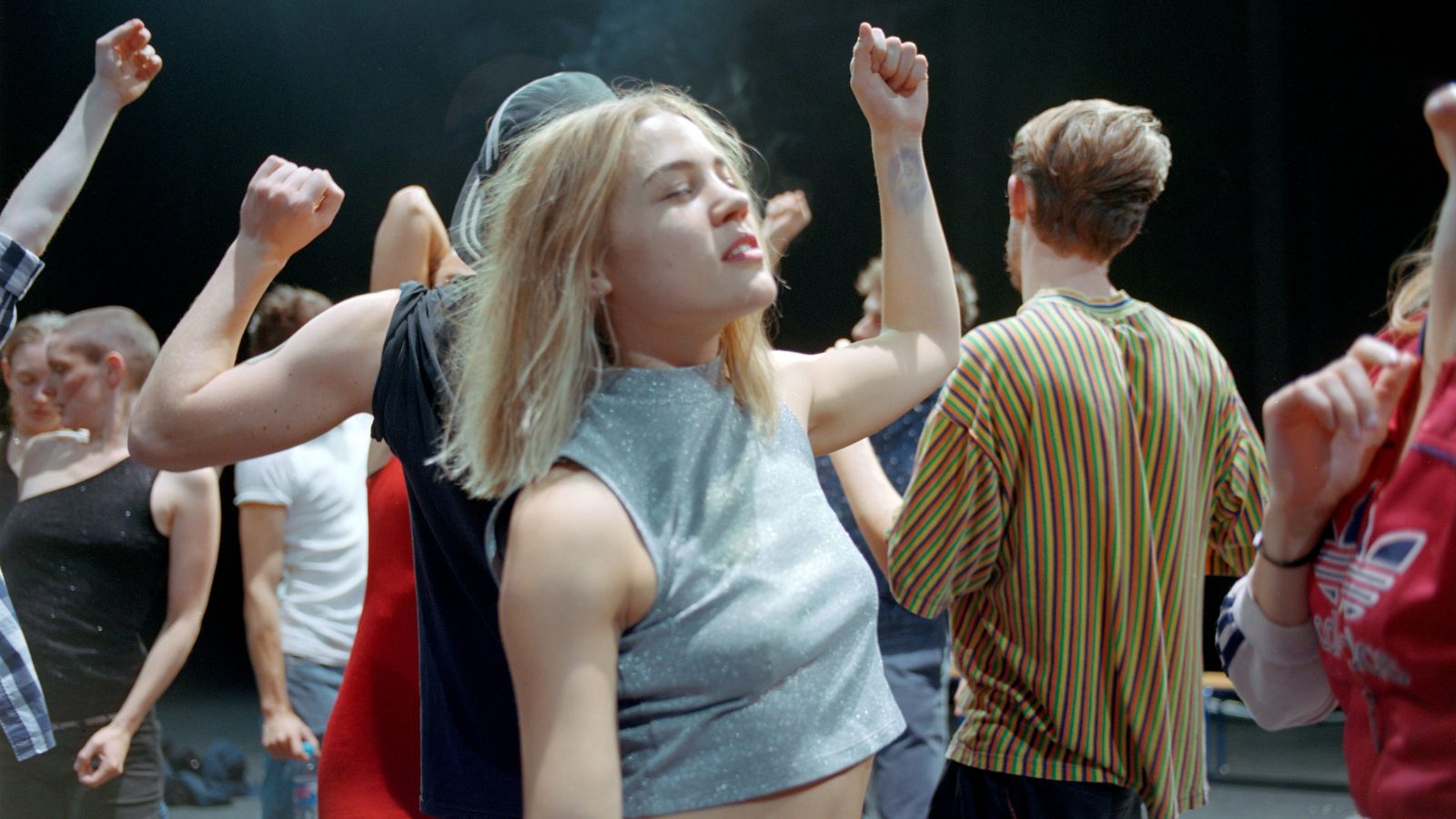 Crowd is the representation of a party as a ritual, a collective practice and a symbol belonging to societies of all times. The party that literally takes place on the stage of the Teatro Argentina is a rave: through specific attitudes, gestures and movements, the moving bodies will evoke long-lost memories of bacchanals, tarantism and trance. A party usually represents an excess of life through the collective expenditure of energies, whereas here a slow-motion effect expands the perception of things.
How do individuals gather in a group? What flows from one singularity to the other? Which moods propagate? How is control enacted? And emulation?
Just like during a party, when we watch “stories” unfold before our eyes, similarly in Crowd narratives and movements combine and unravel, blending with time alterations that blur our vision.
Spectators are asked to adhere to the performance, experience it, and dwell on the rhythm vibration it produces. Despite having no text, Crowd is capable of assembling micro-stories layered as expressive elements – such as movement, light, and sound – in an evolving range of conflicting feelings of attachment and distance, of participation and discomfort. Whether it is domination or love, we are there alongside the 15 performers gathered on stage, catapulted into a painting that preserves the hallucinatory features, where something that deeply concerns us emerges.