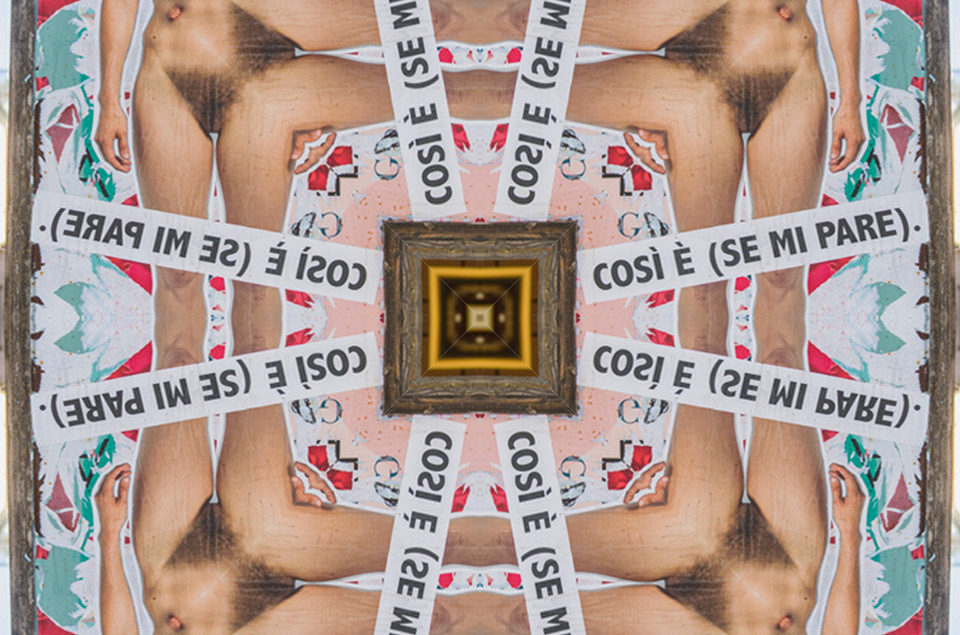 Artist and performer Silvia Calderoni alongside activist and theorist Ilenia Caleo invited musician and performer Lola Kola to co-produce the first part of an invasive and nomadic five stage project titled SO IT IS, that began with ‘For The Time Being (Prototyping the Queering Platform)’ at Freespace in West Kowloon Art Park, Hong Kong.

SO IT IS_Roma sees them working with Lola Kola again: this time to create an experience that builds unpredictable images of what bodies can be and can do. The action-matrix that inspires SO IT IS_Roma emerged last year in Bologna as part of a public art project called ‘La lotta è fica’ (Struggle is cool), conceived and curated by street poster art group CHEAP. Now the very same idea will mutate and diversify via other bodies and spaces.

Some ground rules:
– each poster is a unique one off, like all our bodies
– the shot is full-length, the body is naked
– the poster is full size
– all changes to the bodies are carried out via graphic post-production / photomontage
– each poster is put up in a different city
– the artist chooses the exact placement for each poster, according to the city and the communities that live there

Across the five stages of SO IT IS _ # every attempt will be made to encourage relationships and promote good will: it will be a methodical way of making contact with people and the communities surrounding them, all in urban not virtual spaces.
As each poster goes up it will be documented in the map.

On September 6, La Pelanda opens with the inauguration of RECLAIM YOUR FUTURE by CHEAP street poster art: la Tettoia transforms itself into a sparkling environment to inhabit with claims, desires, urgencies to be collected and shared during the days spent at La Pelanda.
The opening is accompanied by Lola Kola‘s musical selection whose poster-image is at the centre of SO IT IS_Roma by Silvia Calderoni and Ilenia Caleo: a wall in Testaccio welcomes a poster, created starting from the musician and performer through an imagination exercise on her own body. As unique as our bodies are, to be found in the city.