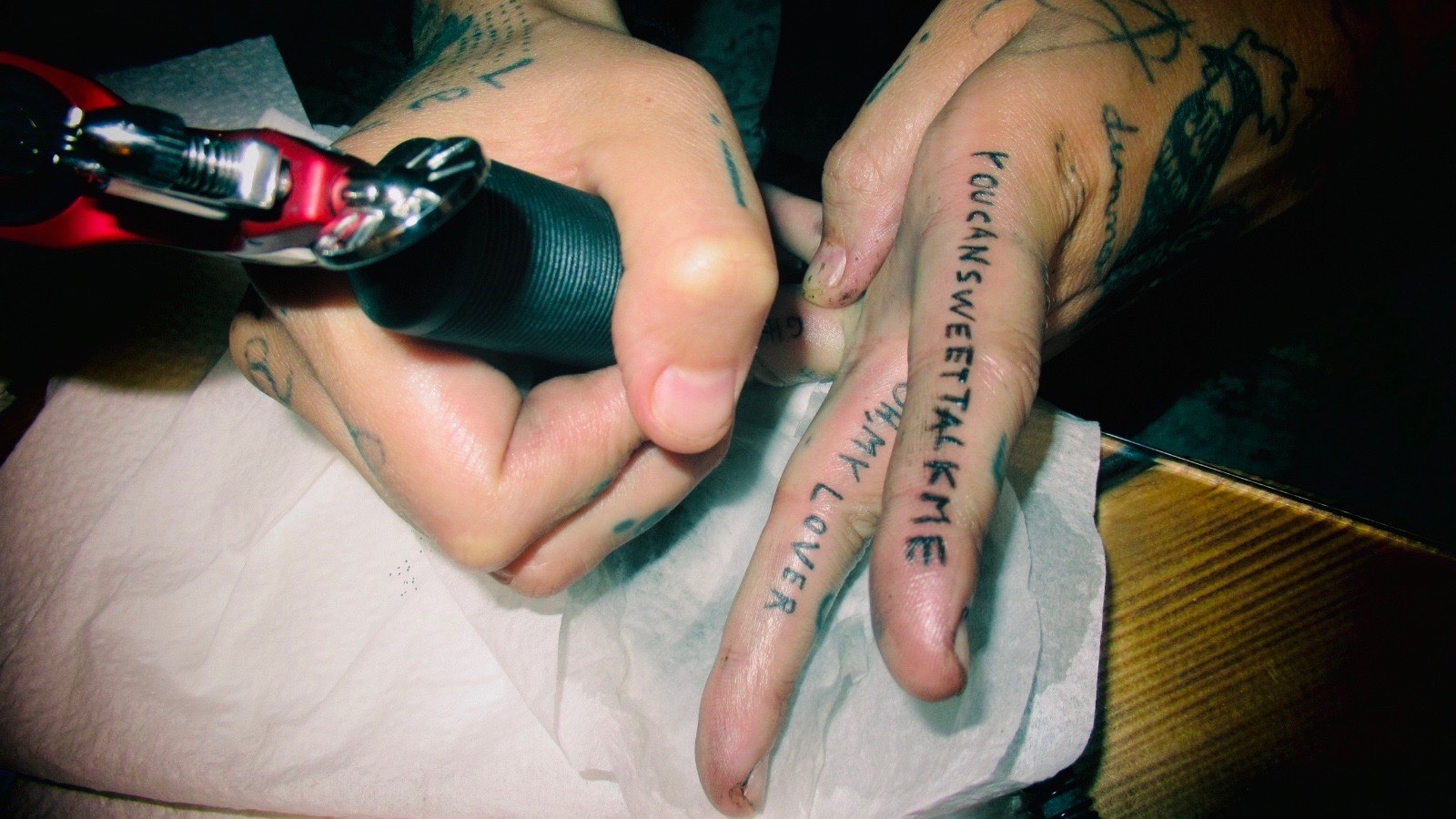 MERENDE is a temporary occupation of space and time. The principles of sharing, offering and hospitality shape the artistic practice and the being together. What is offered at MERENDE represents a safe zone that opens to elsewhere. A public place to take your shoes off, stop, recognise yourself, get confused, start transformations. A party where escape becomes an act of resistance. During MERENDE it is possible to get tattooed, get lost in DJ and live sets, receive advice for uncomfortable messages or impossible projects, transform oneself, learn different types of divination.
To celebrate the festival’s last evening, MERENDE releases energies and mixes the vibrant material of Short Theatre 2022. Between the external and internal spaces of the Angelo Mai, its expanded version will emerge, in a transfer of experiences and contexts that modify the potential inscribed in the city. A non-stop flow of sounds, thought and intensity where, in addition to the offers presented by MERENDE‘s residents, extraordinary presences are added: among these, and thanks to the support of Embassy of the United States of America, the theorist Jack Halberstam will present his book L’arte queer del fallimento (The Queer Art of Failure) (minimum fax) and dialogue with the activist and sociologist Elia AG Arfini, the theoretical activist Ilenia Caleo, and the artist Dafne Boggeri, part of the collective Tomboys don’t cry; as well as the African-American poet Moor Mother, who is also a musician and activist, ready to saturate the atmosphere of the Roman night with her verses and loop noise.
Covered with carpets, cloths, fabrics and symbols, MERENDE is ready to welcome you.

Jack Halberstam is also present at Short Theatre 2022 on Friday 16 September at WEGIL, with a lecture Wild Things, Bewilderment and Beyond, in dialogue with the activist and scholar Antonia Anna Ferrante and with Annalisa Sacchi, director of IUAV’ course Teatro e Arti performative.

Industria Indipendente is a visual and performing arts collective founded by Erika Z. Galli and Martina Ruggeri. Over the years they experimented with various languages and practises: from the creation of performances to long-running happenings, from installations to writing for theatres, museums, independent and unconventional venues. Their works reflect on the relationship between humans and nature, the dimension of unproductive time, the construction of alternative and fictional worlds where communities and alliances can be created, and the constant overturning and recreating of individual and collective identities. Their latest work, Klub Taiga (Dear Darkness) debuted at the 48th edition of Biennale Teatro (Venice, September 2020) and became a concert and a record (NERO edizioni, 2022), a movie (by visual artist Rä Di Martino) and an installation for exhibition venues (Fondazione Sandretto, Torino-Palazzo Guarene, May-July 2022).

MERENDE is a resident project at Angelo Mai since 2018 and has traveled through places and contexts – ITZ/Berlin, Nobody/Milan, Fondamenta/Matera, etc. – manifesting itself in different forms, ready to overturn one into the other.

The songwriter, composer, vocalist, poet, and educator Camae Ayewa spent years organising and performing in Philadelphia’s underground music community before moving to Los Angeles to teach composition at the University of Southern California’s Thornton School of Music. She released her debut album as Moor Mother, Fetish Bones, in 2016, and has since put out an abundance of acclaimed music, both as a solo artist and in collaboration with other musicians who share her drive to dig up the untold. She has performed and recorded with the free jazz groups Irreversible Entanglements and the Art Ensemble of Chicago, and made records with Billy Woods, Mental Jewelry, and YATTA.  In July 2022 she released Jazz Codes, her second studio album.