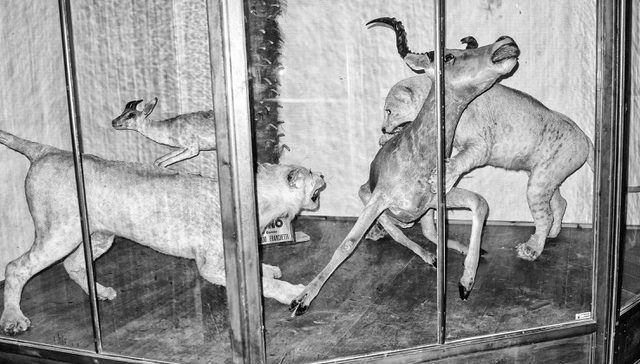 Once More is a performance developed in the relationship between two subjects, in a continuous confrontation without brakes. A concert display where body, sound and words are taken as unpredictable elements of the composition. On the same level, light, dark and image are stratified as a rhythmic score in a circular vortex in which even what the body produces is subtracted, in favor of a total performative movement. The inscrutable eye of the camera, in its mechanical subjectivity, records the evidence of what happens, redefining its  perception.

Once More is chaos, ecstasy and freedom.

The Kinkaleri collective was established in Florence during 1995. It overlaps between experimentation, choreography and movement research, performance, installation & soundscapes; all the time looking for a language based not on one definite style but the objective in front of them. The group’s works have been hosted at numerous festivals and galleries in Italy and abroad (such as the Kunsten Arts Festival and Pompidou Centre among others). In 2002, monthly literary review Lo Straniero, presented the company with their “Scommesse per il futuro” award. Also in that year Kinkaleri’s show OTTO won a UBU award for best Dance Theatre show. Worth mentioning is one of their latest projects entitled ALL!. This multiyear choreographic research project is based on the invention of a body language directly linked to the written word through a code that combines letters with gestures. The company is currently formed of Massimo Conti, Marco Mazzoni and Gina Monaco.

Living and working between Milan and La Spezia, JacopoBenassi is a photographer who has collaborated with Rolling Stone, GQ, Wired Italia, Riders, 11 Freunde as well as publications Crush Magazine, Dapper Dan, Vice, Almaviva/Le Figàro and Gioia. In 2009 the 1861 United media agency published a monumental monograph of his work entitled “The Ecology of Image”. In 2011 Benassi founded his own label called Talkinass Paper and Records, whose goal was to present a magazine and live CDs based around international underground artists. He has collaborated with many film directors including Paolo Sorrentino, Asia Argento and Daniele Ciprì. His work was on show at the Tate Modern museum in London. Between 2013 and 2015 he took part in SI Fest, the Savignano sul Rubicone International Photography Festival.

It is about the will to show oneself, to indulge, to have fun. To create a shared flow with the audience.

Inventing imaginary worlds where you can bring your ideas together. Improvisations between subjects looking for agreement and not freedom. Listening.

Wow! Yes! Too much past. Too much future. Without irony, these are issues that don’t concern the present.