Maria Alterno and Richard Pareschi founded the madalena reversa artistic project in 2016. The research into the emotional power of lights, sounds, objects and bodies is the basis for their compositions and atmosphere poised between theatre and visual arts.

They will debut at Short Theatre 2021 with the performance Rømantic Disaster, an oxymoron representing the irreducible complex net linking a romantic view of the nature, the observation of its power and the environmental disaster caused by human activities.

Conceived in close collaboration with musicians Donato Di Trapani and Lorenzo Tomio, as well as with film-maker Giulio Boato, Rømantic Disaster is a live set based on a dramaturgy nourished by the works of John Keats, George G. Byron and Percy B. Shelley. The poems they wrote about climate change short-circuit with the appeals of the Fridays For Future activists: the global cooling caused by the eruption of Mount Tambora in 1815 mirrors the global warming we are currently witnessing. Poetry turns into music, a song, a battle cry for environmental demands.

In addition to Rømantic Disaster, Maria Alterno and Richard Pareschi of madalena reversa, will talk with the British scholar David Higgins and the activists of Fridays for Future on the occasion of the meeting Catastrophic Assemblages.

*It should be noted that in the performance there are stroboscopic lights. 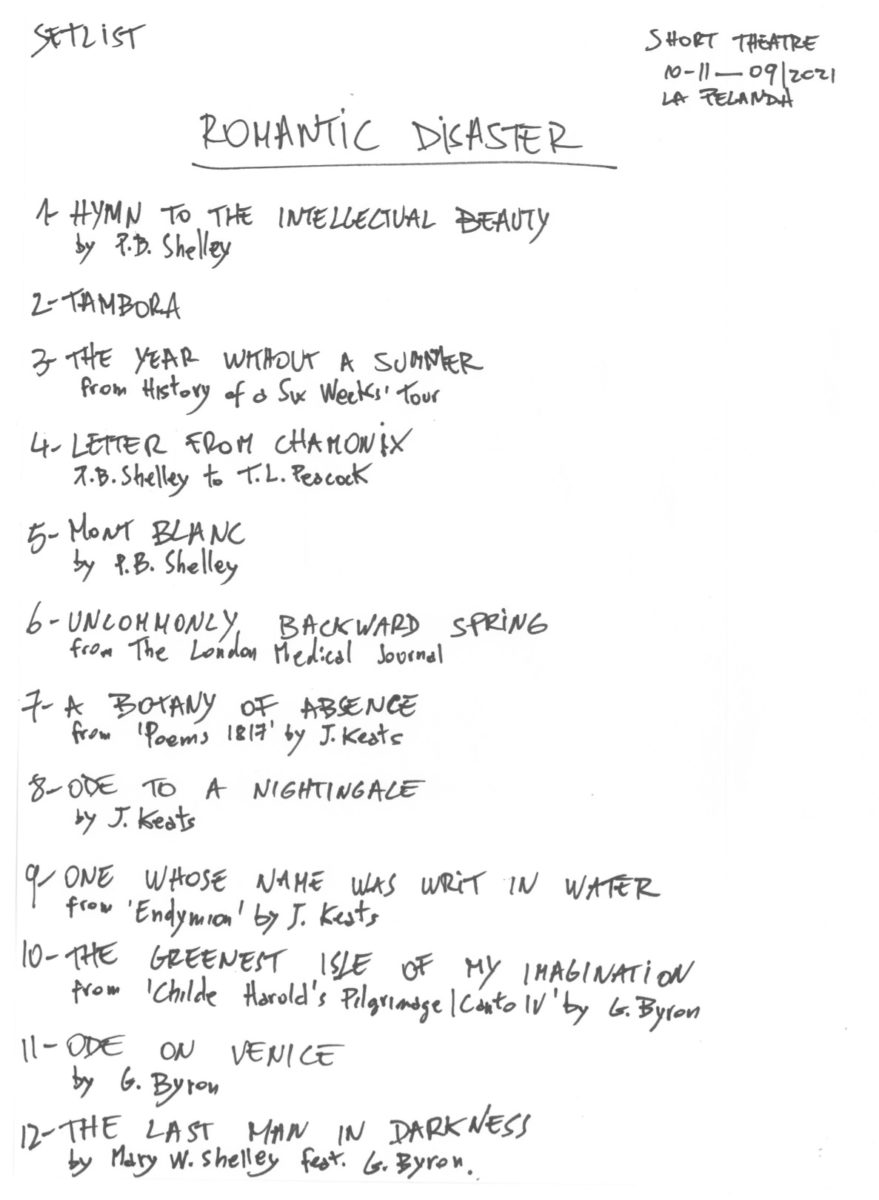