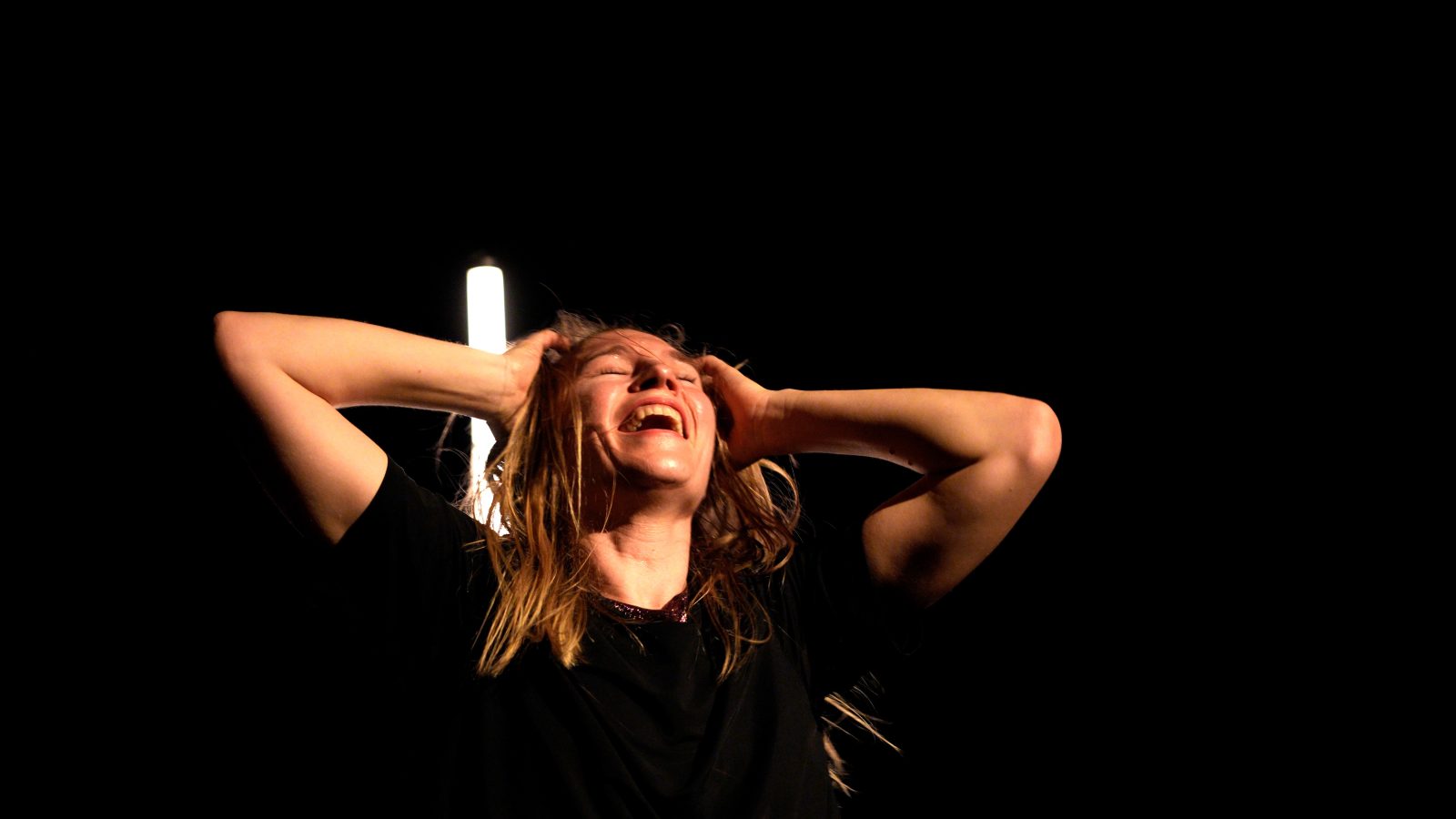 Tonight, is for dancing
Tonight, we’ll be dancing

Movement of crowds on the streets in Europe was always deemed suspect, as the story about dance ‘crazes’ tells us. Yet ecstatic outbursts of relentless dancing, bodily jerks and convulsions, and uncontrollable gestures could spread and grow, pulsating in mass movement for days and months. Evoking these collective moments of dancing manias from the past, Mette Ingvartsen explores dancing in public space, movement ecstasy within a social gathering in the aftermath of a pandemic, movements that are relentless and uncontrollable and spread like a contagion. The Dancing Public explodes the solitary confinement of 2020 with an intense mixture of unstoppable movements, incessant music and high-paced rhythms of words and chanting.
A social phenomenon, a celebration, a concert of spoken word poetry, a physical frenzy until exhaustion, an invitation, a dance craze, this shape-shifting piece incites questions: Can a dance hijack and reshuffle the social corpus of the public? What is the need for excess and movement we might feel in our bodies today? Are we ready to be high on life again?

Mette Ingvartsen is a Danish choreographer and dancer. Her work is characterised by hybridity and engages in extending choreographic practices by combining dance and movement with other domains such as visual arts, technology, language and theory. She established her company in 2003 and has been artist in residence at the Kaaitheater in Brussels, Volksbühne in Berlin, as well as associated to the APAP network.
An important strand of her work was developed with The Artificial Nature Series (2009—2012), focused on reconfiguring relations between human and non-human agency through choreography, and with The Red Pieces (2014—2017) a series focused on nudity, sexuality and how the body historically has been a site for political struggles. More recently, she premiered Moving in Concert (2019) and The Life Work (2021).

with the support of IN Italia