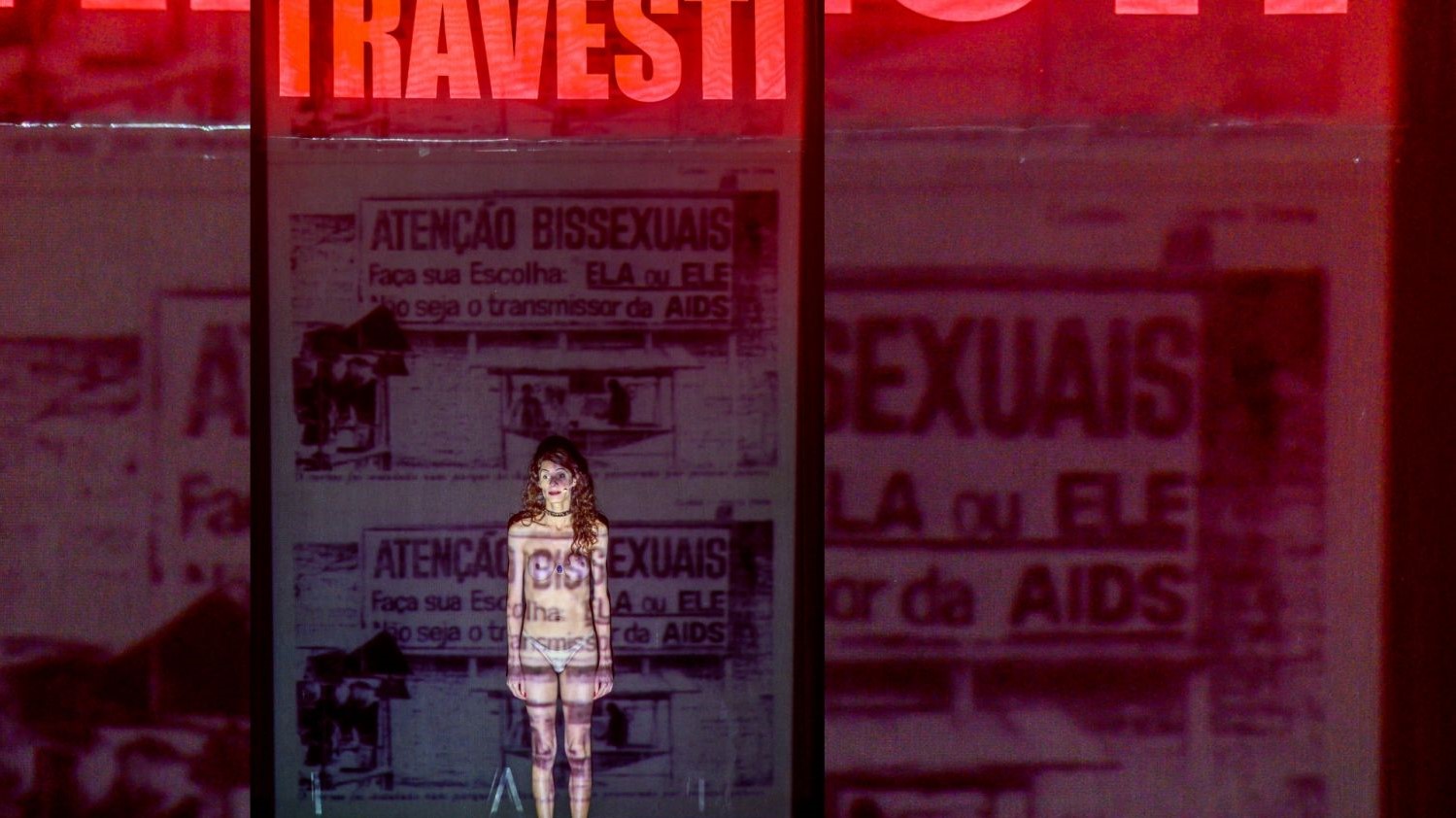 ANTICIPATION OF THE NIGHT

What is the act of naming? What does it mean and what are the effects of “giving a new name”? If nomenclature is by its nature conservative, categorized and unchangeable, can we think of a process that questions the identity of a (physical, subjective, museum, institutional) body starting from the idea of a “transitive” state? What happens when a translation casts a colonized semantic universe on words? Is it possible to transform the “hidden” legacy of a museum collection according to the experience of who is living or has lived through a transition process as to the body or space?
In Stati Transitivi, a talk curated in collaboration with LOCALES, we’ll investigate the relationship between legacy, identity and experience incarnate. The conversation will start from Renata Carvalho’s work on the travesti body, and intertwine with the result of artist Adelita Husni-Bey’s workshop A Collection in Turmoil – La collezione in tumulto on the ex-colonial museum collection, now part of the Museo delle Civiltà di Roma collections, within the Hidden Histories 2022 project. Columnist, author and activist Antonia Caruso’s trans/feminist thought will be also among the talk’s topics.

Anticipation of the Night is the discursive space that lights up every day in the late afternoon. For the full programme click here

Renata Carvalho started her path as an activist and a volunteer for human and LGBTQ+ rights in 2007 when she already had a ten-year experience as a theatre director. In 2012 she debuted as an actress in the solo Inside me lives another, in which her body was exposed as the subject of study and debates – a perspective that will characterise her artistic production from that moment on.
Her work partly deals with languages. One of her keywords is Transpology through which she denounces those social, media and sexualising constructions about trans/travesti bodies that infect the collective imagery. An imagery shaped by art and its toxic, stereotyped and transphobic narratives.
In March 2017, Renata Carvalho founded MONART, National Movement for Trans Artists, as well as Trans Representativity Manifest – Say YES to trans talent, aimed at a collective representation – solid and inclusive – of trans/travesti artists in art spaces and at ending the practice of “trans fake”. In the same year, she also founded Coletivo T, the first artistic collective entirely formed by trans artists.

Adelita Husni-Bey is an artist and a pedagogue interested in anarchic-collectivism, theatre, law and urban development studies. She also organizes workshops, produces publications, curates radio programmes, archives and exhibitions, using pedagogical and non-competitive models through contemporary art. Her work in different contexts – with activists, architects, jurists, scholars, poets, actors, urban planners, physiotherapist, athletes, teachers and students – consists in the creation of locations where people can act as a collective. She took part to Work it Out! Aalborg Museum, 2021, Trainings for the Not Yet, BAK, Utrecht, 2020, Being: New Photography, Museum of Modern Art, New York, 2018; Dreamlands, Whitney Museum of American Art, New York, 2016; The Eighth Climate, Gwangju 11th Biennial 2015; Really Useful Knowledge, Reina Sofia Museum, Madrid, 2014. She is a fellow at the Vera List Center for Art and Politics 2020-2022 where she developed These Conditions, 2022 at the Brooklyn Army Terminal, New York, a location halfway between exhibiting space, film set and pedagogical space.

LOCALES is a platform about curatorship founded in Rome by Sara Alberani and Valerio Del Baglivo – joined in 2021 by Marta Federici – with the aim of activating a reflection on the public sphere through artistic practises.
LOCALES deals with the complexity of contemporary urgencies starting from the political and social history of those city places that have become symbolic for the communities inhabiting them. And they do so through a series of site-specific programmes including the commissioning of new artistic works, the exploring of the public space and educational and performative events.