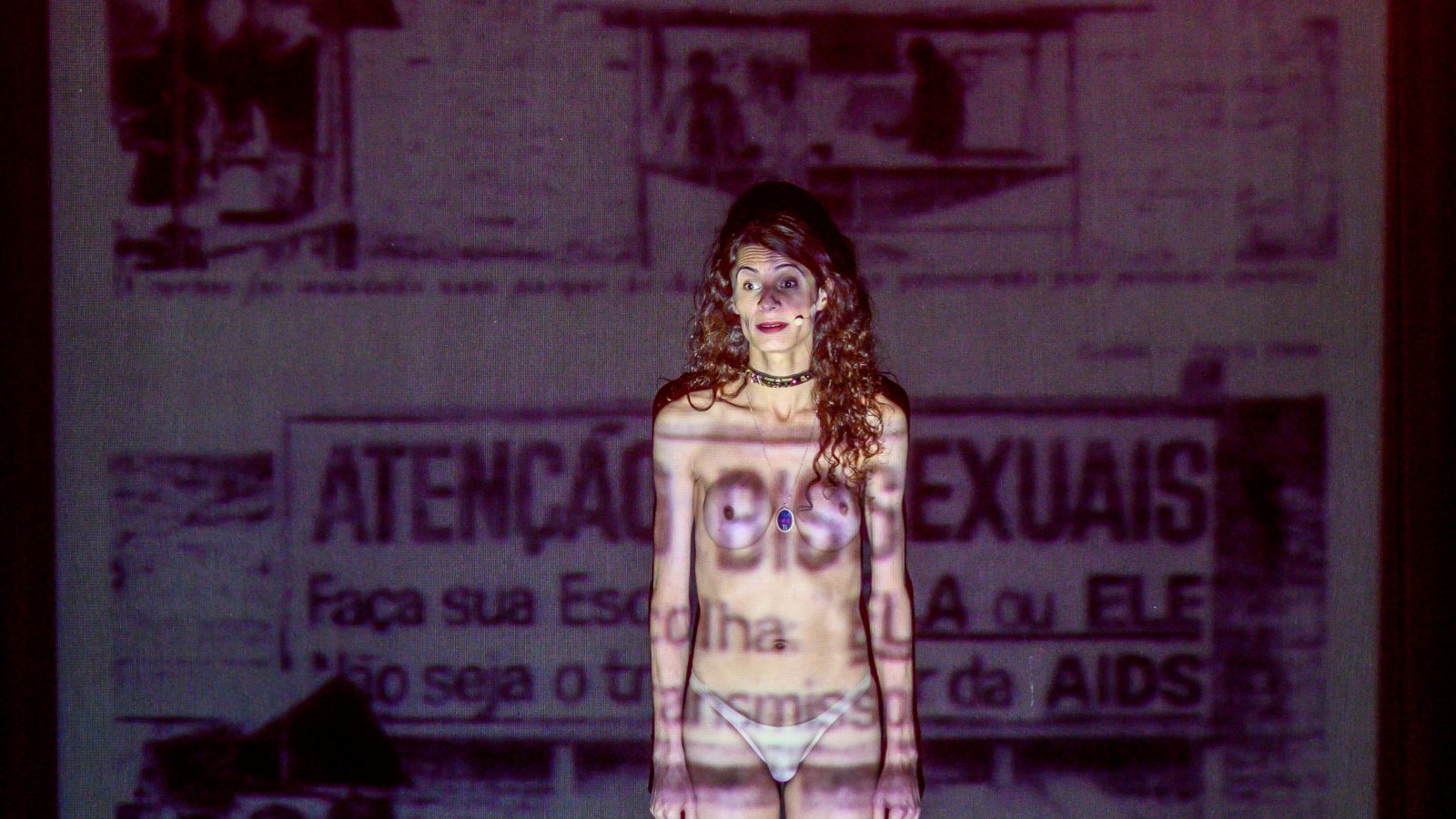 I decided today to dress myself with my own skin. My travesti body.—Renata Carvalho

In Latin America, the term travesti, refers to a precise gender identity that is also a political and social one, but without the negative connotation it may have in other contexts.

In Manifesto Transpofágico — that will have its Italian premiere at Short Theatre 2022 — Brazilian actress and director Renata Carvalho tells the story of the body of a subject constantly under construction, challenging the audience’s cisgender ears and mixing up her biography with collective themes. She invites us to look at her travesty body without mediations: an adopted body made of hormones, industrial silicone and breast implants. But this is just a device to talk about persecutions, mass incarcerations, censorship, pathologization, AIDS, diaspora, violence. And she does so, feeding on her own ancestral trans heritage with a transpophagic act. Through transpology she denounces the social constructions about trans people that infect the collective imagery already shaped by toxic, stereotyped and transphobic narratives. “I didn’t discover myself as a travesti, they screamed at me”.

Renata Carvalho started her path as an activist and a volunteer for human and LGBTQ+ rights in 2007 when she already had a ten-year experience as a theatre director. In 2012 she debuted as an actress in the solo Inside me lives another, in which her body was exposed as the subject of study and debates – a perspective that will characterise her artistic production from that moment on.
Her work partly deals with languages. One of her keywords is Transpology through which she denounces those social, media and sexualising constructions about trans/travesti bodies that infect the collective imagery. An imagery shaped by art and its toxic, stereotyped and transphobic narratives.
In March 2017, Renata Carvalho founded MONART, National Movement for Trans Artists, as well as Trans Representativity Manifest – Say YES to trans talent, aimed at a collective representation – solid and inclusive – of trans/travesti artists in art spaces and at ending the practice of “trans fake”. In the same year, she also founded Coletivo T, the first artistic collective entirely formed by trans artists.