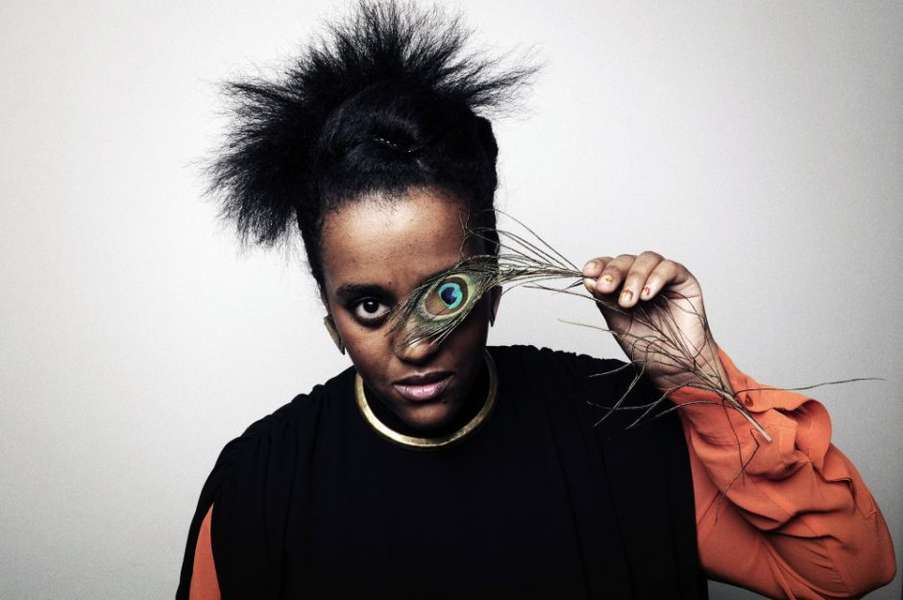 Sofia Jernberg is an Ethiopian-born Swedish experimental singer, composer and performer who has been living in Oslo for years. She works in the context of musical theatre and contemporary Opera while collaborating with visual artists. She performed together with the artist Camille Norment in Rapture, which they presented at the 2015 Venice Biennale. Jernberg also starred in Union of the North, a film by Matthew Barney, Erna Ómarsdóttir and Valdimar Jóhannsson.

Sofia Jernberg investigates the instrumental possibilities of the voice, including ancestral sounds and techniques such as the rhythms found in Ethiopian lament. She delves into non-verbal vocalization, investigating diphonic singing and vocal distortions that contradict and disrupt conventional singing styles.

It is her voice that lights the fuse at CRATERE: looking out over WEGIL’s “balcony of the eagles”, her performance Chasing the Phantoms inaugurates Short Theatre’s 16th edition with an address to this city; a gesture that intentionally references and subverts all the speeches delivered from that balcony, while simultaneously harking back to the colonial legacy that this former fascist building bore witness to.