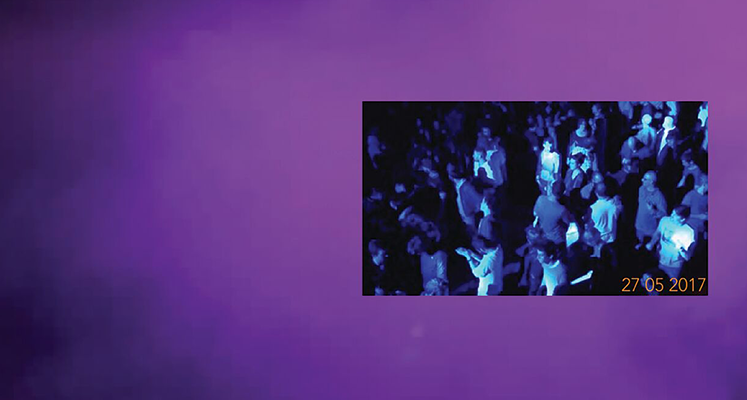 After having collected the movements and gestures of passersby with the project Casual Bystanders and developed game and social dynamic standards with the project Twister, Salvo Lombardo continues with Present Continuous in his research into the relationship between memory, perception and movement by observing real life. In this case, the choreography is “derivative” once again and often calls upon “ready-made” gestures. The performance is based on the shared memory of the same experience – an evening in a night club – during which, performers observed and appropriated a system of postures, motor-actions and relational means of those present. In every daily act we produce tracks that attest to our being in the world. We immortalise surrogates of reality, bodiless mists, which nail events to an eternal present, spreading themselves on our behalf and reproducing a fixed condition that excludes any real relationship with their original subject. Present Continuous simply seeks to mark the points of a choreographic narrative that has been developed on the basis of the negotiation of memory through the sharing of reproducible motor sequences. The memory of real movement intertwines with a subjective micro-narrative that reveals the emotional life of the performer in their attempt to reconfigure a shared memory of movement and the experience it created, which, exploding from its actual re-enactment, leaves the “now” and becomes bounded to a future in the making.

Salvo Lombardo, performer, choreographer and director. Through the years, he has explored the intersections of dance, theatre and visual arts. His performance creations are realised along with his group Chiasma. Until 2015, he was co-founder and director of Clinica Mammut. In 2015-2016, he was the choreographer in residence at Anghiari Dance Hub, where he created the piece Casual Bystanders. In 2017, he worked as choreographer at the Aura Dance Theatre of Kaunas (LIT) for which he created the performance Twister in collaboration with the Festival Fabbrica Europa and is an associated artist of the Festival Oriente Occidente for which he created the performance Present Continuous and the video installation Reappear-ances, conceived for the Museo MART of Rovereto along with members of the local community.