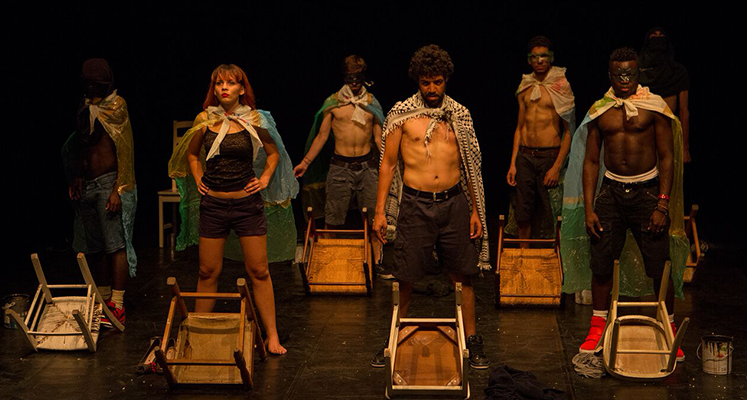 Shebbab Met Project is a heterogenous group of guys, thugs, brats, youths, born in August of 2016. Created within the company Cantieri Meticci, they had the common goal of making their living with the theatre. They utilise a collective dramaturgical method. Composed of grids. Of key words. Of experiments. The dramaturgy is born from the lives of its members. Organised around songs, drafts of songs, attempts at song. Because it is a simple approach. Easily understood. The directorial method comes from the world of dance. Improvisation. Carried out within the cultural frameworks of its members.

Motivation of the Jury
The prize is awarded on the basis of the contagious vitality of a group that makes its presence felt in the urban outskirts where they find the beating heart of their theatre, building theatrical frescoes floating on music with an incredible emotional impact and overwhelming energy. A theatre that wants to be used to tell unheard tales, aspiring to reach out to those where the theatre is virtually unknown.