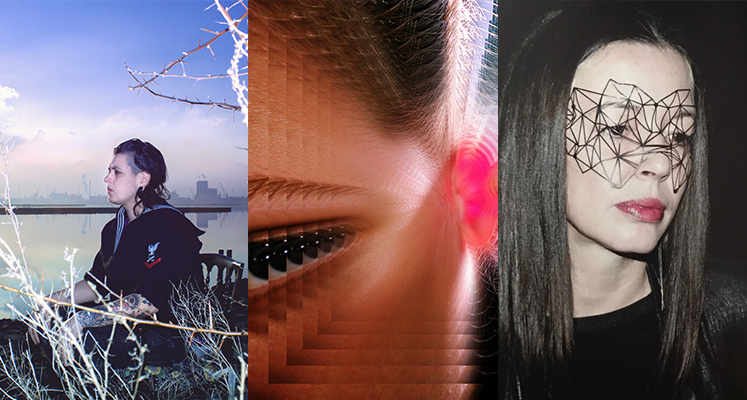 Short Theatre and Santarcangelo Festival attempt some magic this year, curating together part of their respective musical programs and sharing each other’s atmospheres beyond those linked to geography: some of the concerts and DJ-sets presented were born out of the synergy between the two Festivals, in an open dialogue between a great Capital City and a small town.
Like with all magic, the right number is three: three artists, three musical moments that, on the evening of Tuesday 13 September, will recreate, in part, the “mood of Santarcangelo”, imagined by Francesca Morello and Stefania Pedretti, curators of the musical program of Santarcangelo Festival 2017. The program follows:

R.Y.F. is an acronym for Restless Yellow Flowers, the name by which Francesca Morello is called when he performs. A project that began with a band and then was reduced to the bare bones: guitar and voice, one person and songs performed with intensity and fragility.
It all happened between 2010 and 2011 but took form with an album recorded in the autumn of 2011 at the Igloo Audiofactory of Enrico Baraldi with mastering by Rico Gamondi at his Friscerprais Studio. The self-produced album came out on 24 November 2012.
Meanwhile, R.Y.F. played in Italy and added some dates in Berlin, opening shows for Alos, Ronin, Tre Allegri Ragazzi Morti, Scout Niblet, thanks to the fact that its new base and home is Ravenna, a city alive with events and concerts.
In 2016, the second album, recorded by Francesco Giampaoli, mastered at Duna Studio and published by Brutture Moderne came out on 19 February.

WOWAWIWA is the musical project of Alma Söderberg and Hendrik Willekens, born in a bar at the airport in Zagreb. The name testifies to the love the two share for sound and the fascination for the four beats played out with a heavy downbeat on the “WO” and a quick upbeat on the “WI”. Safe to say, WOWAWIWA likes producing rhythms. Their music was born out of the interaction between various sonic elements. The voice enters the microphone and activates the filtered reverb, which is then run through the sampler, which then turns the voice into beats, bass and other sounds. The voice imitates the synthesiser and is then recorded and filtered again, sampled and transformed into beats. The concerts of  WOWAWIWA are a continuous play-time of free-style singing, moving hands that push buttons, ears listening. It is all a dialogue.

Video-maker, stylist, DJ. Ambiguous representative of the less-compromised than those referred to as “electro-clash”, but no more than the irreverent and joyful punk spirit applied to present day electronic music. Her sets are distinguishable by a very personal approach to the music, thanks to a fascinating selection, an intense charisma at the console and a contagious energy that transforms these sets into true events. She plays and creates her set within art installations and experimental art festivals, social centres and clubs.