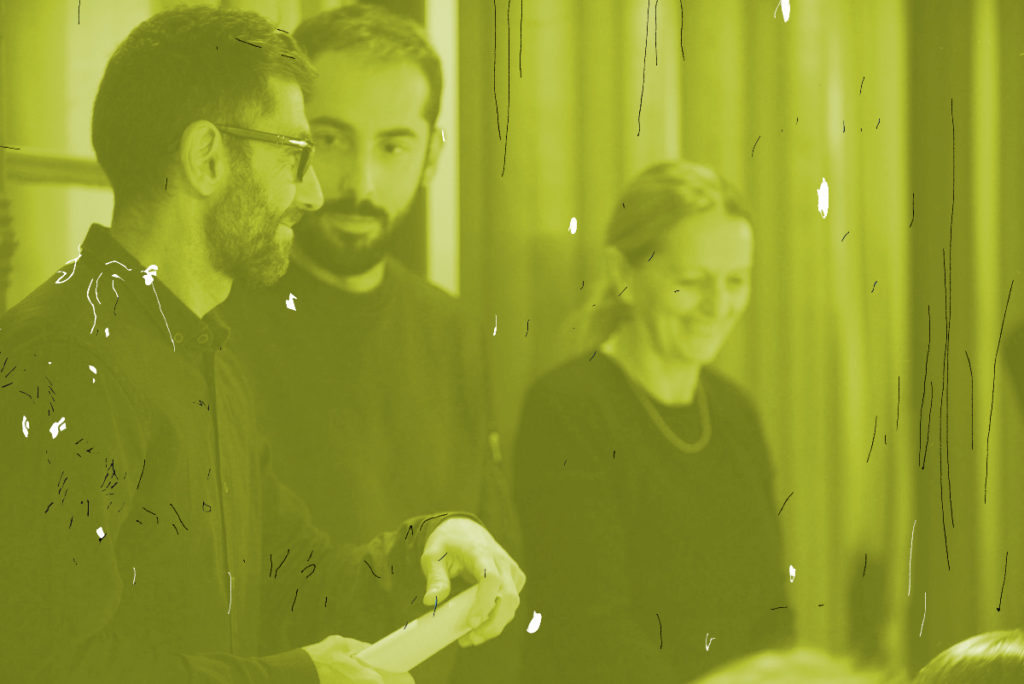 in Italian with subtitles in English
max 40 spectators
reservation required at shorttheatrefestival@gmail.com

Admission is for Carrozzerie n.o.t members only. Spectators without membership will receive it without any additional cost.

Scavi (Excavations) is a performance for a limited amount of spectators, that grew out of a collateral project titled Quasi Niente, which was liberally based on filmmaker Michelangelo Antonioni’s first colour work ‘The Red Desert’. This 1964 film, features a heart-rendingly naive performance from Monica Vitti as mother and wife Giuliana, who journeys across the desert of her own emotions unable to reach out to anyone and equally unable to feel the emotions of those around her. The performance wants to represent a public examination of what we have ‘discovered’ so far in our investigations into work. To be able to go to the Fondo Antonioni in Ferrara and read everything available on the preparation of the film, go through one of his assistant’s diaries, see the footage shot that didn’t make the final cut, to have in our hands Antonioni’s first vague written ideas on the project, as well as learning of his sleepless nights coming up with a new ending just days before filming was due to end…..was a ceaseless confrontation with what always happens during the creative process, that marvellous yet exhausting battle between ideas and substance. We have patiently dug like archaeologists do, though in this case the whole edifice was right in front of our eyes.  Antonioni wrote that: “We know that under the revealed image there is another one which is more faithful to reality and under this one there is yet another, and again another under this last one, down to the true image of that absolute mysterious reality that nobody will ever see, or perhaps not until the decomposition of every image, every reality.”

Daria Deflorian and Antonio Tagliarini are authors, directors and performers. They created ‘Rewind’ in 2008, a homage to Pina Bausch’s Cafe Muller, followed by ‘from a to d and back again’ in 2009. From 2010 to 2012 they worked on ‘Progetto Reality’ (Project Reality) which itself inspired the performance/installation piece titled ‘Czeczy/Cose’ and the show ‘Reality’ (Winning the 2012 Ubu Prize for Deflorian as best principal actor). The following year saw the debut of ‘Ce ne andiamo per non darvi altre preoccupazioni’ (We’re leaving to save you further worries) at the Romaeuropa Festival (This garnered the 2014 Premio Ubu for a new Italian work as well as 2016 Premio della Critica, the Critics Prize for the best foreign show in Quebec). ‘Il cielo non è un fondale’ (The sky is not a backdrop) debuted at Lausanne’s Vidy Theatre in 2016. By 2017 the Progetto Antonioni/Deserto Rosso (Antonioni/Red Desert project) had begun, from which emerged both ‘Scavi’ (Excavations) and ‘Quasi Niente’ (Almost Nothing). The latter was first performed at Lac in Lugano in 2018.

a project by Daria Deflorian and Antonio Tagliarini
written and interpreted by Francesco Alberici, Daria Deflorian and Antonio Tagliarini
literary consultant Morena Campani
organisation by Anna Damiani
support and International Distribution Giulia Galzigni / L’Officina
photography by Elizabeth Carecchio
co-produced by A.D. and the Festival of Santarcangelo
in collaboration with the Italian Cultural Institute in Paris
in house Production by Carrozzerie | Not Roma