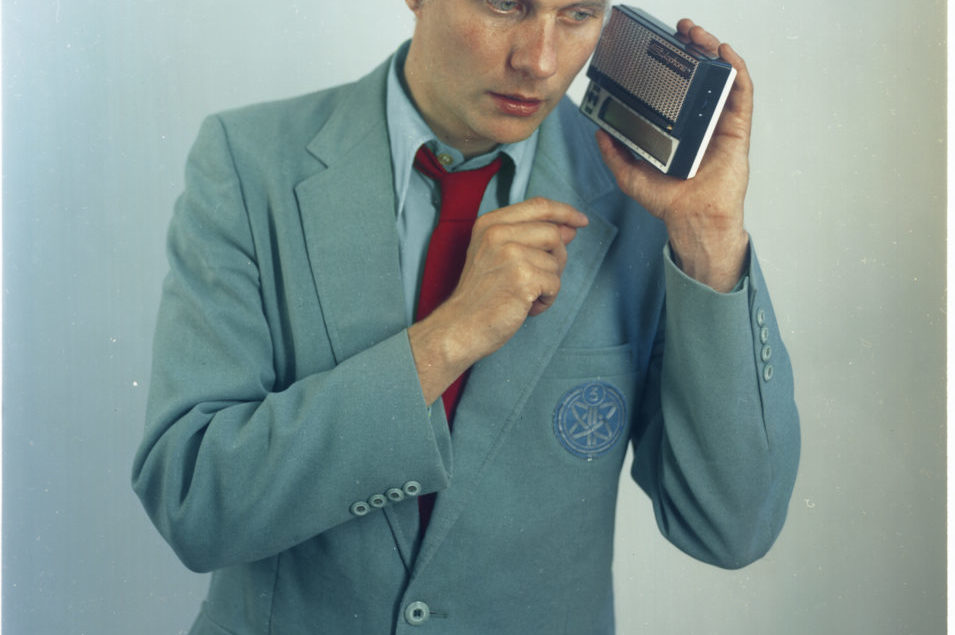 Felix Kubin is a composer, radio-playwright, curator and media artist based in Hamburg, Germany. He began recording and performing experimental electronic pop music at the age of 12. In the 1990s he turned to electroacoustic noise music and formed “Klangkrieg” with Tim Buhre. From 1992-1994 he co-organised artistic political interventions with the Dada-communist Party KED and the “Liedertafel Margot Honecker” singing group, whose notorious actions received wide media coverage. In 1998 Kubin started to produce Futuristic pop music and launched the independent record label “Gagarin Records”. Over the past decade he has performed at eighty international music and media arts festivals including Sonar, Club Transmediale, Mutek, ISEA, Wien Modern and Ars Electronica.
Since 2001, Kubin has been writing and producing radio plays for national radio stations WDR, BR, DR, SWF and Vienna’s ORF Kunstradio. In 2011, he won the Prix Phonurgia Nova with his radio play “Säugling, Duschkopf, Damenschritte”. He has also composed music for film and theatre productions, including work by Christoph Schlingensief, Mariola Brillowska, Robert Florczak and Schorsch Kamerun. His recent commissions include writing compositions for the chamber orchestra “ensemble Intégrales”. In March 2010, their collaborative live concert “Echohaus” for 6 rooms, headphones ensemble and electronics was premiered at Festival MaerzMusik in Berlin.
Kubin has been invited to give workshops and lectures at art institutions and universities in Europe, the USA, Canada and South America. His music is released on labels such as A-Musik, Dekorder and Minimal Wave.

On Friday 11 September at 10 pm, in the same space as the concert, will be screened the film Felix in Wonderland! by Marie Losier. Free entry with reservations required on Eventbrite.