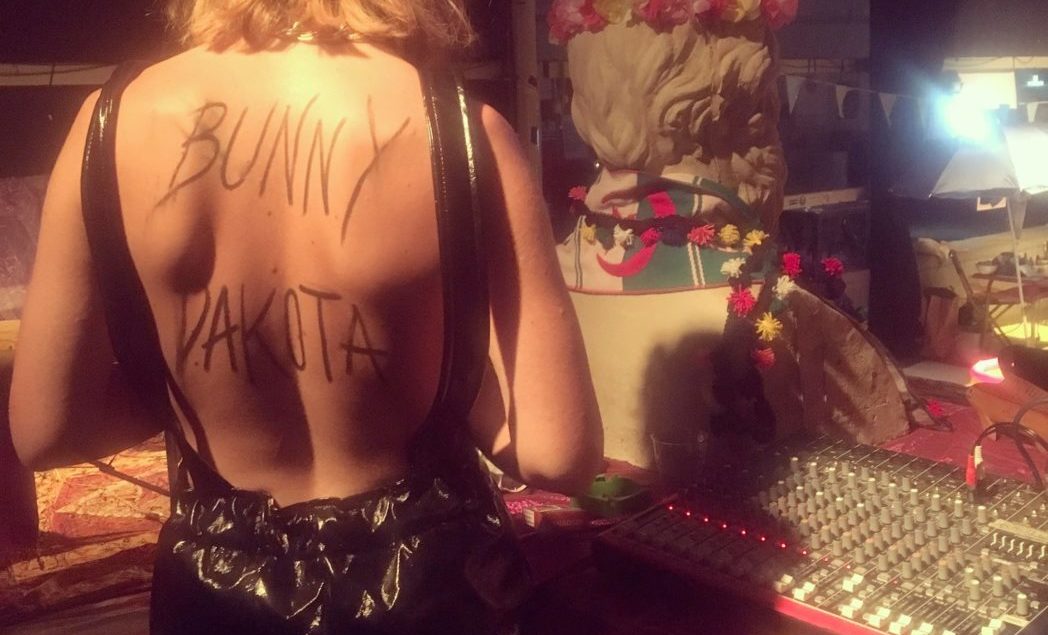 Bunny Dakota aka Martina Ruggeri was born in an old city in front of the sea, then she escaped looking for trouble and similar beings. In 2005, she founded with Erika Z. Galli Industria Indipendente, a collective of performing and visual arts.
Bunny Dakota builds environments and landscapes, giving life to imaginary universes in which we all can live together. She reinvents genres and mixes aesthetics, translating the beat of reality into sounds. She outlines artificial worlds made up of the essence of the South, drones, machine sounds, electricity, high tides, kebabs and mojitos, black magic, beats, chaotic sensuality, mixed with poetic and cinematic words, daily recordings and sound archives.
Over the years she has performed in festivals and clubs and created, as Industria Indipendente, the happening MERENDE_queer oasis of which she is resident DJ and maîtresse.
For Short Theatre she proposes Svuotapista, for the new end of an old beginning. Songs and notes made to encourage the touching, the forgetting, the making love or even the doing nothing, the going away. A mixtape made up of music, sounds, fragments of life, literature, films.