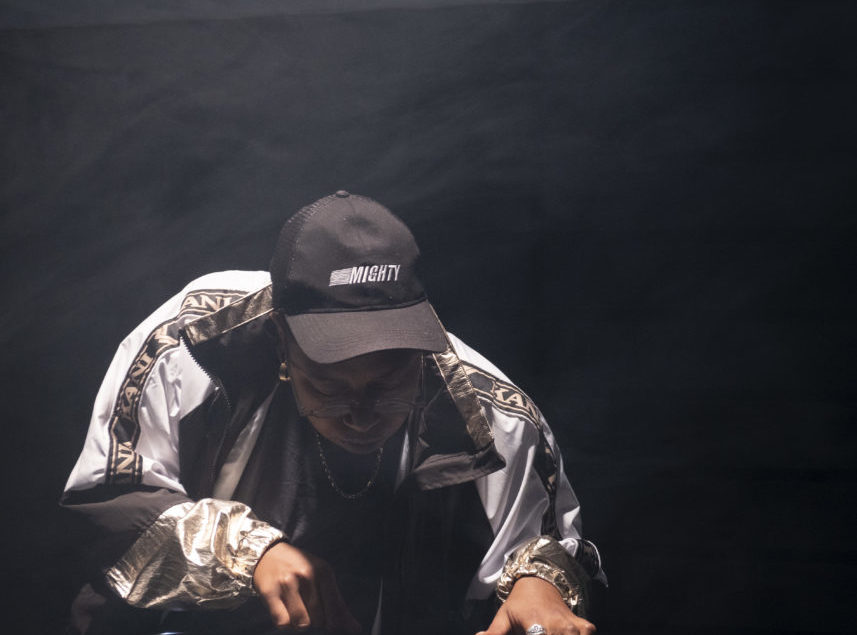 Maïté Chénière a.k.a. Mighty is an Afro-futurist researcher and music producer based in Geneva, founding member of the House of ButchXtra  and Club Archipelagogo. They were awarded a Master’s Degree in Visual Arts, CCC – Critical Curatorial Cybermedia Studies from HEAD, Geneva, and a Bachelor’s Degree in Visual Arts from the Royal Academy of Fine Arts in Brussels.

They are interested in the cultural production of queer racialized artists and they blend theoretical and popular knowledge to promote an emancipatory discourse. Music allows them to travel through time to share forgotten stories and create spaces for expression where multiple bodies and identities can blossom. Their work has been presented, among others, at the gallery 1.1 in Basle, Un lieu pour respirer, Paris; Haus der Kulturen der Welt, Berlin; Festival Les Urbaines, Lausanne, Théâtre de l’Usine, Cinéma Spoutnik, Geneva; Mains d’œuvres, Paris and Ateliers Claus, Brussels.

Thirty-year-old Roman producer and dj Marco Diamubeni is a born experimenter. His music is based on a new idea of electro, made of hip hop, R&B, riddim, ambient and bass music. Active among the clubs of Rome since 2014, authors of several EPs, he currently hosts a show on Rome’s Radio Sugo and he is a resident of Bristol’s 1020Radio with his show I must be elsewhere. In 2020 he entered Doubledoubleu’s roster and INNER, his first LP, was released: a mixtape with a precise goal: translating emotions into music.