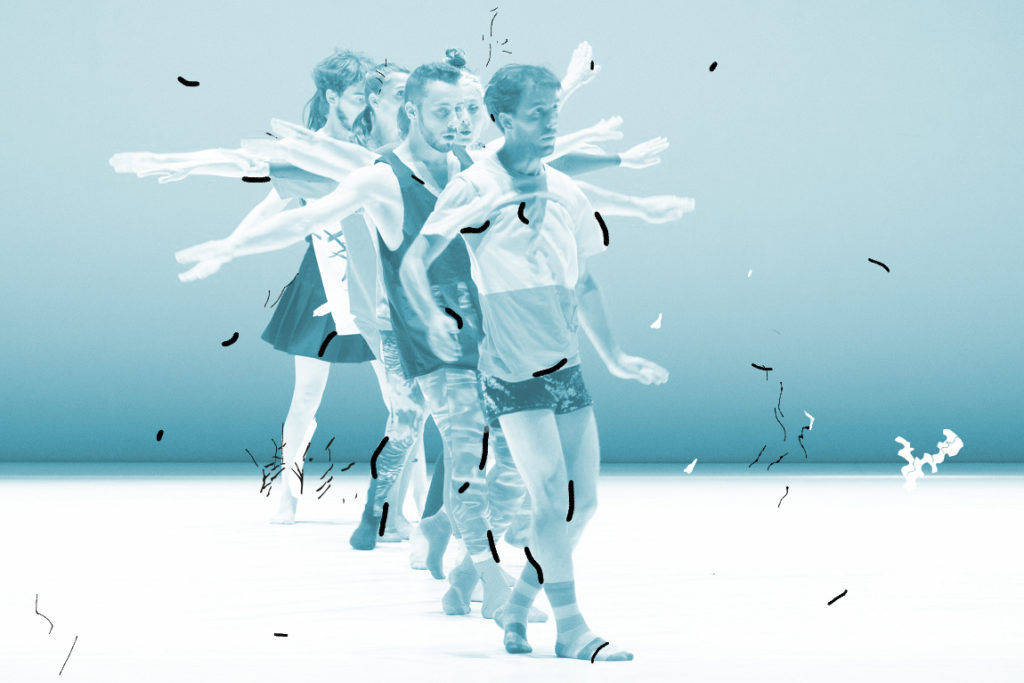 Gil Bermudas is the site-specific version of Bermudas, adapted at WeGil spaces.
On 7 September is presented Bermudas Forever version.

Bermudas is a choreographic system, for a variable and interchangeable number of performers (from three to thirteen). It supports the idea of perpetual motion ruled by an organic order, with the aim to create the relentless quality of a dynamic continuum in space and time, and simultaneously to make visible the workings of the  individual performers to feed and alter the general structure.
The research is inspired by the theories of chaos and by the generation of complex assemblies from simple conditions, finally by the evolutionary systems of physics and meteorology; but  it is primarily a way to bring out a detailed perspective on the body posture in dance – that is, in the dynamic of movement related with the others – and, as such, it is an eminently choreographic research. .
This movement speaks of closeness and cohabitation between the bodies, who share the same space but have slightly different possibilities to relate  one with the other. The continuous search for an agreement produces a relational tension and shifts the focus on the outside of the body.
Each performer has a good margin for calculating and determining which action suits best the development of the system; this means that dance is treated as a tool for real-time knowledge of what is next to us and that the effort towards adaptation becomes the primary means of communication.

Mk is considered as one of the most lively choreographic research ensemble of the Italian scene, hosted by festivals, museums, galleries and foundations
Among the touring productions: Veduta, a survey on urban landscape, Bermudas, based on perpetual motion and pure movement. The latest creation, Parete Nord, is an international collaboration coproduced by Torinodanza 2018.

Ticket for WeGil is daily and subject to availability.
Click here to purchase the daily ticket for 7 September