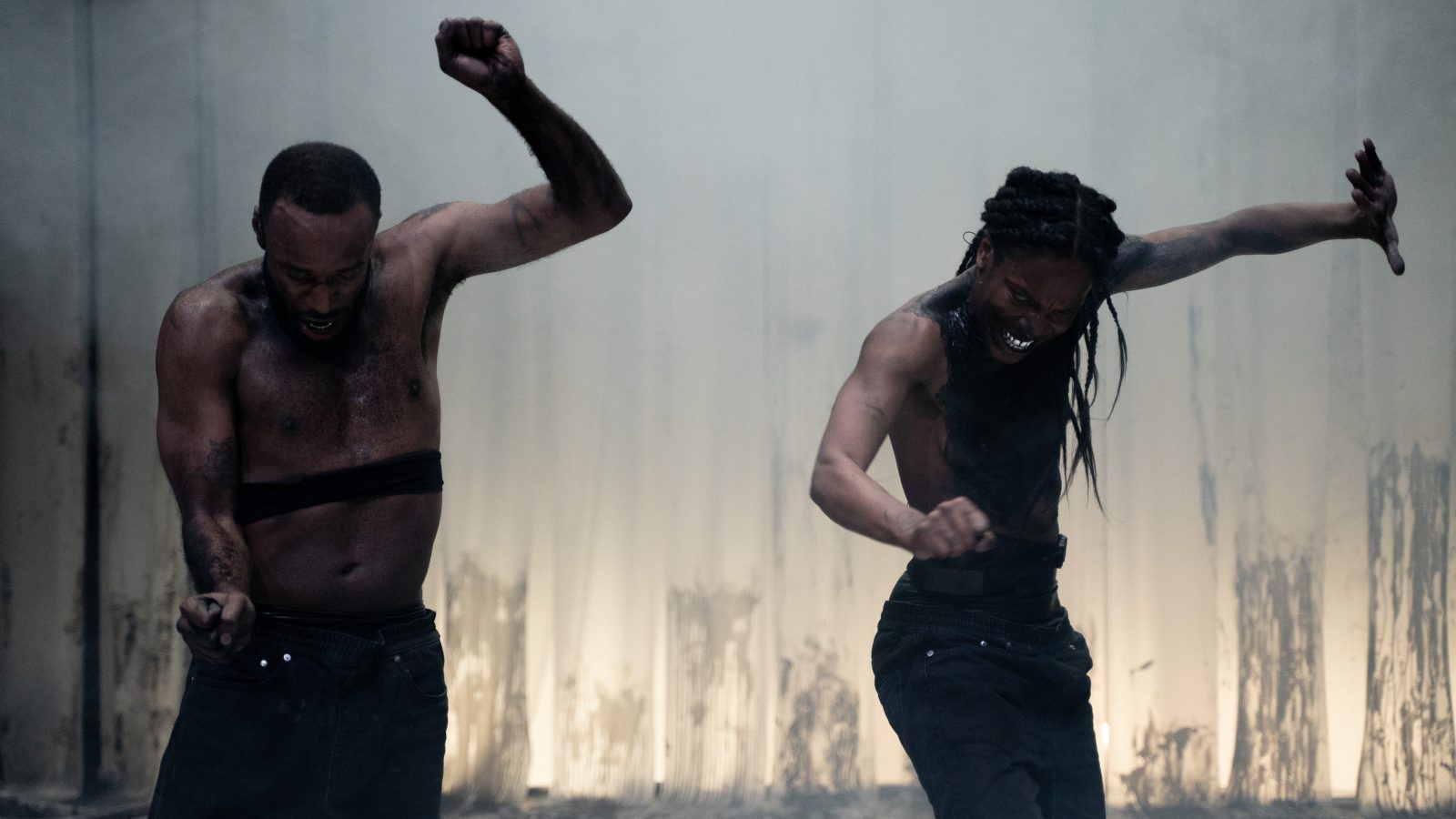 Body can you become hypothetical, a galaxy, in full gear acceleration, a liquid star monster, failing to die? —Cherish Menzo

MATTER is a laboratory of experiments in which Cherish Menzo, together with Camilo Mejía Cortés, reflects once again on the cultural implications of the black body and experiments with the multiple possibilities that its own fluid substance allow, to free ourselves of the distorted way of looking at bodies and the stereotyped signs that we attribute to them.
The black body is dark matter, unfathomable, almost invisible yet powerful. What happens when we watch it while disconnecting it from the stories and labels attributed to it? Stretching voices and movements, as in a Chopped and Screwed remix, perceptions are altered and the body reveals itself as malleable material.
Looking to the sky, MATTER brings together and makes stars and black holes collide to give life to an enigmatic body. Just like a playground where base materials merge to place the various compounds in continuous transformation, here the study of astronomical phenomena merges with posthumanism and afrofuturism in a concatenation that breaks the reassuring forms of imposed realism, to open up a vision of a temporal sidereal experience, towards a new reality, light years away from centuries of cultural domination.

The performance includes nude scenes and the use of stroboscopic lights.

Cherish Menzo is a performing artist and choreographer, based in Amsterdam and Brussels. She is interested in the transformation of the body on stage and the “embodiment” of different physical images. Images seem recognisable at first glance but, by highlighting their complexity and contradiction, she questions the apparent norm and creates universes in which the black body stands central. She floats between the nostalgia of 90s and 00s hip-hop, industrial hip-hop, rap lyrics, sci-fi, manga and speculative futures. After graduating from The Urban Contemporary program (JMD) of the Hogeschool voor de Kunsten in Amsterdam in 2013 she started performing in other choreographers’ productions and creating her own work: EFES (2016, with Nicole Geertruida), LIVE (2018, with Müşfik Can Müftüoğlu), JEZEBEL (2019).