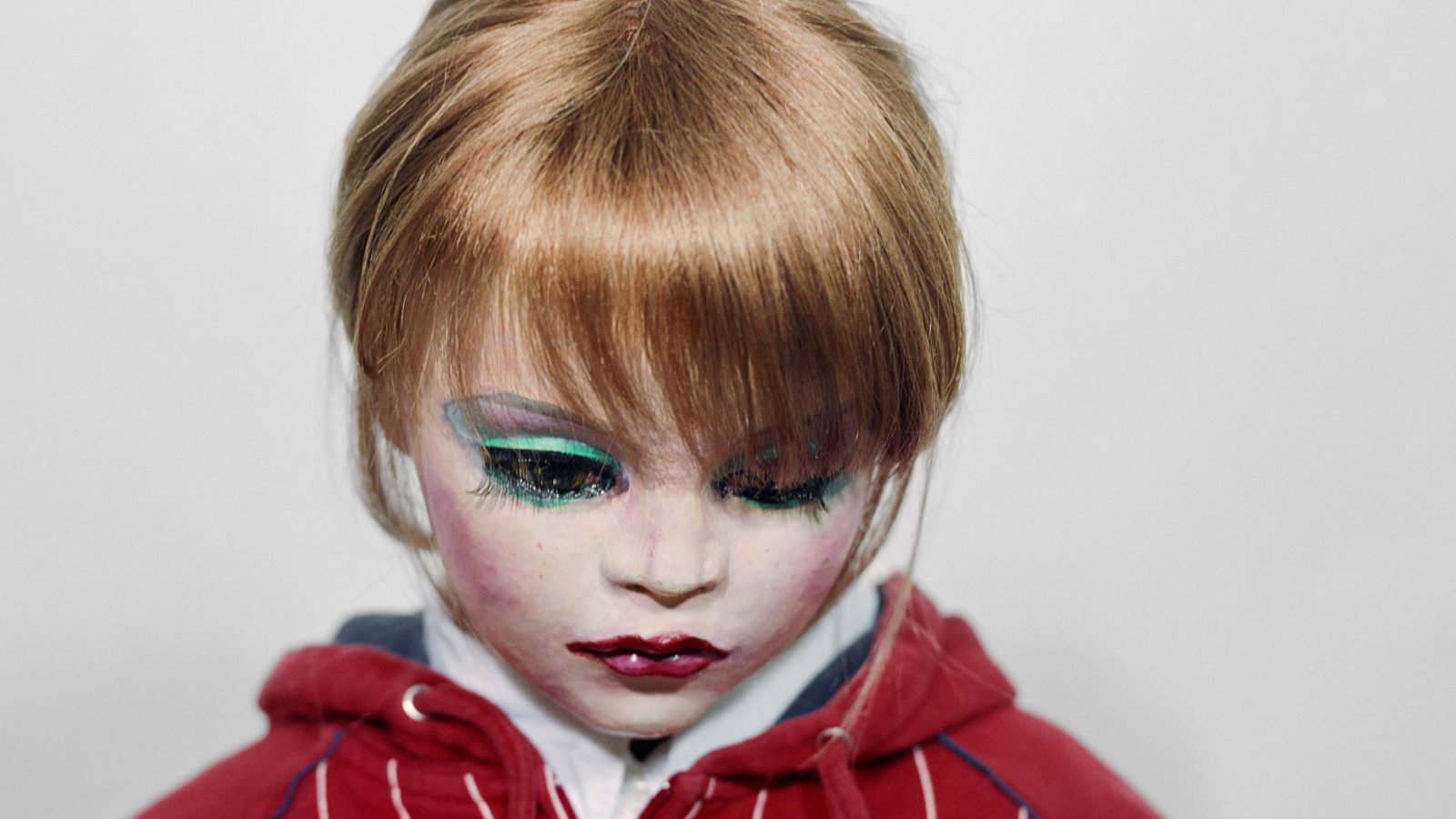 The color of anguish. Pallor, glazed eyes staring blankly, faces motionless, sometimes with bloodstains or tears, come to life in a teenage attitude, voices muffled – all clues hinting at a culture of violence, repressed yet haunting our myths of innocence and purity bathed in white.
What can Gisèle Vienne’s dolls tell us about ourselves, about you? What tales are told? Tales of defilement, of injury, dolls disfigured by indifference, desire, and salacious laughter. Can they force us to look at what is in front of us, to hear, to believe? For the dolls are so white, that the color of anguish grabs us by the throat, twists our guts.
—Elsa Dorlin

40 Portraits (2003-2008) is the exhibition of portraits by Gisèle Vienne that accompanies Short Theatre 2022 throughout its entire duration.
The installation presents photographs of the silent faces of the dolls created by the artist since 2003, in their suspension between childhood and adulthood, between living and inanimate bodies. Dolls are not inert objects but presences that crowd the imaginary of her theatrical works, which, in this photographic series, become ambiguous posing figures. They are sad Lolitas, sometimes covered in heavy make up, who turn into androgynous beings until they become simulacra of death.
40 Portraits (2003-2008) places viewers and spectators in a complicit condition: voyeurism becomes here a trap for a direct confrontation with the scabrous object of our imagination that invites us to come to terms with the forms of domination that cradle us.

The installation will be inaugurate on the 6th of September at 7pm during the Opening of Short Theatre 2022.